The Duckietown project was conceived in 2016 as a graduate class at MIT. A group of over 15 Postdocs and 5 professors were involved in the initial development. The goal was to build a platform that was small-scale and cute yet still preserved the real scientific challenges inherent in a full-scale real autonomous robot platform. The application that was targeted was the self-driving car. The first class had 24 students and culminated with a year-end demo in a full sized hockey rink. There were over 3000 visitors. 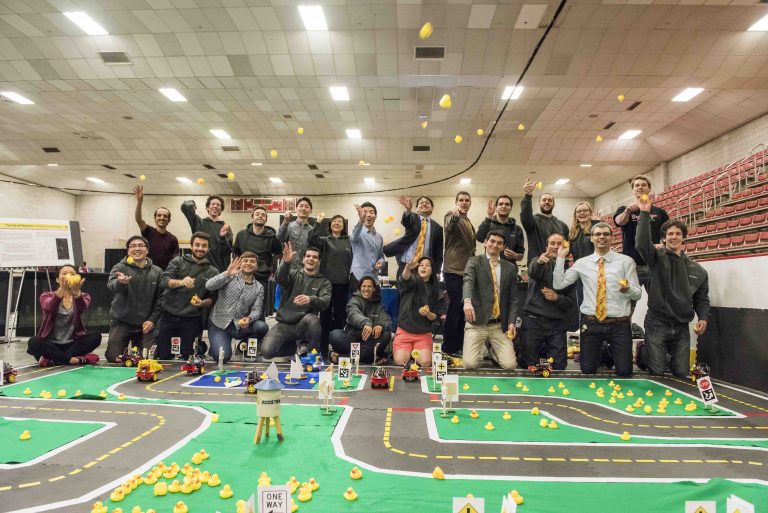 After the 2016 class, many of the key organizers left MIT for other opportunities. In the meantime, all of the pieces of the experience (the slides, the demos, the platform, the software) were made openly available and other institutions began to take interest. The platform has since been used at several institutions around the globe, including NCTU in Taiwan, Tsinghua in China, and RPI in the United States among many others.

In the Fall of 2017, Liam Paull (Montréal), Andrea Censi (ETHZ), Matthew Walter (TTIC) and Hsueh-Cheng Wang (NCTU) decided to teach an official coordinated edition of the class. In this version, students from classes at ETH Zürich, Université de Montréal, and TTI Chicago and NCTU worked collaboratively in groups that spanned continents. The result was a coordinated  global demo that showcased the students’ achievements. 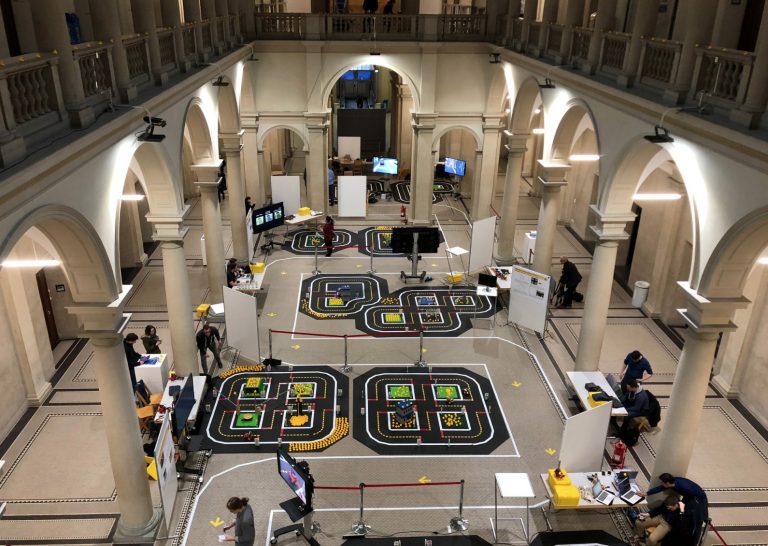